Dear Friends, the first greetings have arrived and many more will follow: we are happy to see these contacts renewed through the easy electronic media we may use now.
In the 1950s, when we were still very young (!) the older members of the Steenbrink family, working in the accountancy business were occupied with stocktaking: all shops had to register all their belongings. So, we are now also looking at the balance of this year. Two members of our family died: brother in law Nic Tesselaar and Karel's sister Anneke. At a blessed age: 86 and 75. Nevertheless dying is not an easy and not a happy stage in our life. As a student of theology I once read an article by learned scholar Karl Rahner: when the physical body declines in health and strength, the spirit rises to its summit! That is too easy and not based on reality. Life is often very beautiful, but death is seldom a nice and harmonious ending! 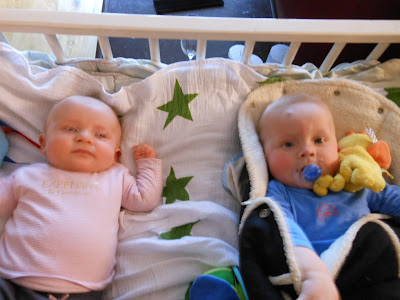 But there is also an other side. Two grandchildren were born.
Diemer (right) was born in Amsterdam to Floris and Inge on 1 juni  and Maud on 28 september in the house of Stijn and Irene in The Hague.Also this transition was not without pain and trouble, but that is forgotten now. Parents and grandparents are proud and happy.

Paule reached the age of 70 years last 15 december 70 jaar while Karel  had celebrated his 70th anniversary already in January. We were married for 40 years and in various respect 2012 was a crown year.
We have celebrated this every day, several times in smaller circles. Last Sunday, 16 December we had a nice walk with children and grandchildren near Utrecht. Floris and Stijn carry their children on their hearts! 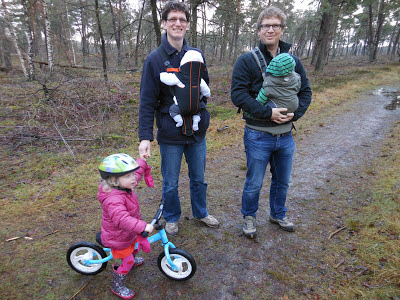 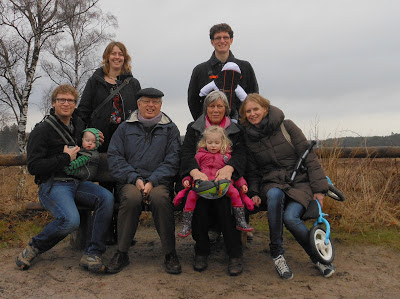 Some short notes, more about this year of grace: we travlled during two weeks through Portugal. Much glory of their colonial period, sometimes even too much gold and other decoration. In spring we had a nice trip to southern France, Provence with its capital of Avignon, temporary abode of the Popes of the 14th century.
Karel was still busy with the writing of the 3d volume to Catholics in Indonesia. 12 out of the planned 15 chapters are written and even corrected through the gentle help of Simon Rae in New Zealand. We hope that this will be finished in early 2013.
Besides, we were still quite busy with past and present of Catholics in our own country, singing in St. Johns Church, in fact a free ecumenical church, living outside a broader framework of Catholics now: still continuing the ecumenical dream of the 1960s and early 1970s.
We wish you all blessed celebrations of Christmas and a good start of the new year!
Karel Steenbrink and Paule Maas 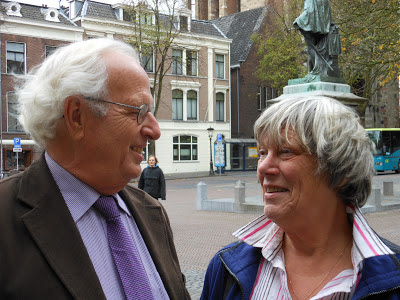