The book started with a conference in December 2003. Many contributions were written later. Quite a few by authors who did not attend the conference. I will not deal with all 13 articles, but only give my general impression and deal with some more in detail.

Schroter wrote two articles. First in introduction 'Christianity in Indonesia. An overview.' It is a summary of the history and deals also with the present political situation. It states openly that expansion of Christianity was part of colonialism 'It is hardly possible to draw a dividing line between proselytization and colonialism, even though missionaries and colonial officials did not always pursue the same interests.' (10) This is very short about a complex history! Sometimes it is somewhat apologetic for modern Christianity: Christianity has contributed to overcoming ethnic boundaries..'(15) and supported local resistance against a central government (like in Papua en Timor Leste). 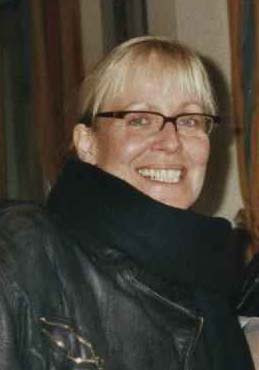 Schroeter also has a very interesting article 'The Indigenization of Flores', on Ngada rituals. She distinguishes between top-down inculturation versus integration of Catholicism and traditional religion from below. A striking contrast is between Bishop Van Bekkum who argued in the 1950s already in favour of liturgy in local languages and Indonesian instead of Latin formulas. But this misa kerbau or buffalo mass was criticised by local Catholics who liked the Gregorian chants and Lstin Mass for its mysterious power (147). Many aspects of daily life are still untouched by Christianity and thus the Ngada of North Central Flores developed a 'religious parallel system' especially at weddings and funerals where Catholic international ritual is only a small part of a complex system. She described in details a yearly village festival reba umum as a mixture of Catholic mass, traditional ritual, governmental event and folkloristic performance (153).

Susanne Rodemeier writes on the island of Pantar, northwest of Timor and close to Alor. Like in many islands of East Indonesia there is a different religion on the coast and in the interior. In 'her' region of part of Pantar the coastal village is Muslim, while the upland area is Christian. This is already the case since centuries: after Islam arrived from the Moluccas in the 16th and 17th century (Ternate). 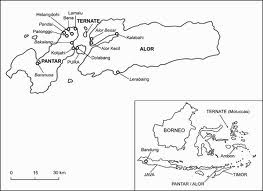 There is quite good communication between the two communities: they meet at religious festivals, help each other in restoring churches and mosques. Probably the Muslims also restored the traditional sanctuaries before the arrival of Christianity in early 20th century. The Muslims give a good reason for the difference: of course hill tribes cannot become Muslim, because they have no water in their neighbourhood. There are many interreligious marriages between Muslims and Christians, where the common rule is that istri ikut suami, wife follows the husband.

Rodemeier gives much attention to the myth of origin of the difference between Muslims and inland people. It was the first story she heard when she came for field research and there were many references to it later. This myth ends with rules for good relations: it is forbidden to utter any accusation agianst anyone who belongs to the group of the other party; parties are obliged to invite each other to their respective rituals.

I wrote also a contribution for the book: on the power of money, more specifically on the period 1965-1980 when development aid started in Western countries and the first to spend this money were churches with sometimes fantastic plans and often meager results.Birgit Bräuchler has an interesting article on the Internet in the Moluccan conflict, Lorraine Arragon on the Poso conflict. Dieter Bartels has a good summary of his viewpoint on traditional Ambonese society and the sudden conflicts, 1999-2004. Quite revealing is also the article by Sven Kosel on Minahasa and the Christian militant movements like Brigade Manguni, Legium Christum and quite a few others, not as innocent as they present themselves. Hassan Noorhaidi summarizes his dissertation on Laskar Jihad and Magnis Suseno defends an open interpretation of pluralism.
Olaf Schumann, Holger Warnk and Raymong Corbey have some more general historical contribution.
This is a fine collection of views on Christianity in Indonesia, seen not from the clerical or institutional church pulpits but from daily life of common people.
Gepost door Karel Steenbrink op 23:27