Indonesian Celebrations in the Netherlands 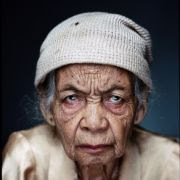 17 Augustus was not a very exciting day in the Netherlands: some Television programmes, most documentaries on the Dutch war, trying to regain Indonesian in the period 1945-9 with emphasis on the babies generated by Dutch soldiers. One documentary showed the difficulties of the older Dutch men to recognize to themselves and their close families that they had sexual contacts in Indonesia during the war and that they had a child there.
Another moving documentary was about old Indonesian ladies who had been used by the Japanese army as sex slaves or softly spoking as 'comfort girls' (troostmeisjes). The movie is on the internet http://www.hollanddoc.nl/nieuws/2010/juli/documentaire-over-troostmeisjes.html.
The new museum of Rotterdam, Kunsthal, has an exhibition with photographs of 50 ladies who once worked or were compelled to serve as sex slaves. 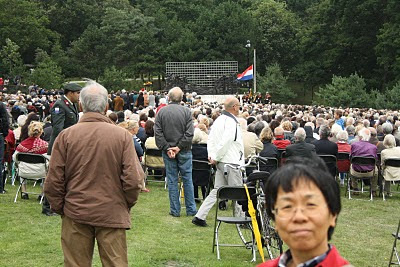 Yasuko Kobayashi (born 1954), specialist on Islam in Indonesia, arrived that morning in Leiden and together with her I visited the ceremony in The Hague, where the end of the Pacific War was commemorated. It was a very Dutch event: probably Yasuko was the only Japanese present (and no too visible as Japanese, only very clear in the end). 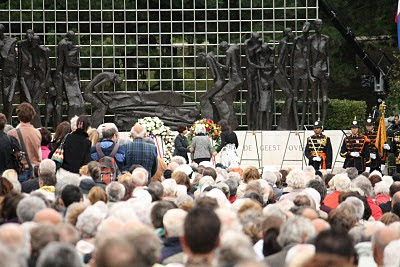 Most of the ceremony concentrated on the Dutch and Eurasian citizens and soldiers who were kept in concentration camps, their misery, the many casualties and the cruelty they experienced, but most of all the spirit and energy of the survivors who wanbted to start a new life afterwards. Very Dutch, indeed, and not much attention for the Indonesians, the majority who suffered most cruelly under Japanese occupation. But, what should we like to see: this was a Dutch ceremony. The Queen Beatrix, Prime Minister Jan Peter Balkenende was present, because it is a major celebration, 65 years after the end of that terrible war. 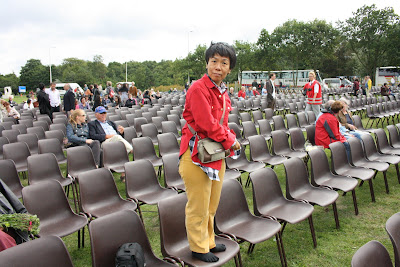