Mufti Ali is a lecturer in Arabic, especially for text reading of philosophy and mysticism (Al Ghazali) at the Islamic Academy of Banten. He joined a postgraduate programme in the Netherlands and wrote a doctoral dissertation on Christian Mission in West Java, based on a combination of Dutch archival sources and interviews and oral tradition in West Java. He has also a position at the Bantenologi the Institute for the Study of the Culture of Banten. 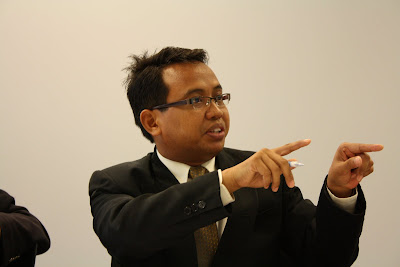 Banten was one of the regions of colonial Indonesia where Christian mission was not allowed (besides Aceh, Minangkabau and Bali). Nevertheless there were some conversions: in the early 18th century a princess was executed because she had embraced Christianity (1704). In the 19th century (about 1892) the Anthing missionaries made some converts and later women of Banten married policemen from Ambon and Minahasa. The book by Mufti Ali will be discussed by the MUI, Majelis Ulama Indonesia, the Indonesian High Council of Muslim Scholars, usually a body that strongly opposes efforts for conversion. However, Mufti Ali, looks at the modest number of conversions with an academic and quite sober perception: if people live together and communicate changes of religion must be accepted as quite normal events. 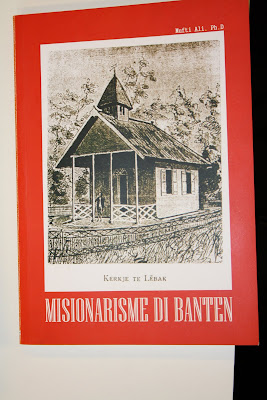